According to a global report released by the Food and Agriculture Organization of the United Nations (FAO) in June of last year, Bangladesh ranked third in freshwater fish in 2019. It has risen to second place in the world in terms of increasing fish production. Analysts hope that fish production in the country will increase further this year.

Hilsa is currently available in 11 countries of the world. The countries are Bangladesh, India, Myanmar, Pakistan, Iran, Iraq, Kuwait, Bahrain, Indonesia, Malaysia, and Thailand. Bangladesh procures about 75% of the extracted hilsa. 10 years ago, hilsa could be found in the rivers of 21 Upazilas of the country. At present, hilsa is found in the rivers of 125 to 130 Upazilas. Hilsa sanctuaries are spread over an area of ​​about 6,000 square kilometers in the country.

Hilsa researcher and fisheries scientist Chandpur Fisheries Research Institute Chief Scientific Officer Dr. Anisur Rahman said, ‘There is good fish food in the river this year. All the fish including hilsa are growing rapidly as there is plenty of food in all the water bodies. He thinks that this may have been due to the influence of Amphan including Corona. Such a pollution-free environment has been noticed after many years. He hopes that new records will be set this year by breaking all previous records in his production.'

Pollution in nature has been reduced to a large extent due to the lockdown to prevent the transmission of coronavirus. Air pollution has been reduced due to the reduction of carbon emissions due to the closure of mills; Pollution has decreased in canals, rivers, and even the sea. Its effect is somewhat but the balance has returned to nature. Aquatic animals and plants have the opportunity to grow at nature's own pace. Researchers hope that the record of hilsa production will be broken this time as the sea is free from pollution due to corona, launches in rivers are closed for 7 days and illegal fishing is under control. 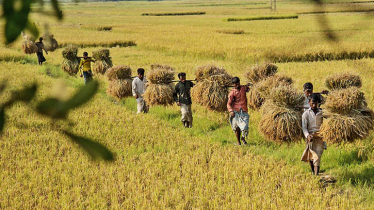 Statistics of rice production is not actual as field