The Indian Ocean island nation of Maldives has expressed interest in taking the silt from Bangladesh. The Ministry of Foreign Affairs has recently given this information. Report BBC news.

During the talks, the two foreign ministers also agreed on direct shipping between the two countries.

Rear Admiral M Nazmul Hasan, Bangladesh's High Commissioner to the Maldives, said a direct meeting between the foreign ministers of the two countries would be held soon and then they would discuss issues such as taking silt from Bangladesh and direct shipping.

Talking to officials at various levels of the Ministry of Foreign Affairs and Water Resources in Dhaka, it was learned that Bangladesh was the first to offer sand and silt to the Maldives at least four years ago. In Bangladesh at that time, especially when the work of Payra seaport was started, it came up for discussion as it was decided to carry out massive dredging in the Ramnabad channel of Patuakhali for that port. Dredging Disposal means that keeping or removing the sand and silt that is removed by dredging makes dredging costly.

High Commissioner Rear Admiral M Nazmul Hasan also said that Bangladesh had made such a proposal to Maldives a few years back but later due to various reasons not much progress was made on it. After I took charge last year, I started working on it as per the advice of the Minister, but due to Corona, not much progress has been made. However, the possibility is very bright. I hope it will be a great thing for Bangladesh if some problems can be solved.

He said they were now working on a possible visit by the foreign ministers of the two countries and hoped a visit would be held soon. These issues will be discussed during the visit. Hopefully then work will be done at the technical level and more precise proposals will be made. And then we can say how much export will actually be possible or in what process it could be.

But the country has to import silt and sand from neighboring India as construction work or soil filling cannot be done with sand extracted from the Maldives sea. As talks with Bangladesh did not move forward, at one stage the Maldives reached an agreement with India in this regard. India also has a policy on silt and sand and has reserved a quota for exports to the Maldives.

Rear Admiral M Nazmul Hasan says the Maldives is an island nation and many islands are being extensively developed. And to make an island, you have to put a huge amount of sediment on the surface. The Maldives also uses silt for agriculture. So just as they need silt for agricultural and island development, they also need plenty of sand to build infrastructure. They are interested in these as the quality of sand in some areas of Bangladesh including Sylhet is improved.

Abdul Matin, a professor in BUET's Department of Water Resources Engineering, said transportation was a major obstacle to sand and silt exports to the Maldives.

Abdul Matin said the Maldives would have to do extensive land development work on the islands due to rising sea levels. However, the task of taking silt and sand from Bangladesh will not be very easy. Because it is expensive and involves a lot of things like shipping that policymakers have a lot to do with it. If you can solve the problems, of course, the possibilities are very bright.

However, Rear Admiral M Nazmul Hasan, Bangladesh's High Commissioner to the Maldives, said he hoped the two countries' foreign ministers would agree on direct shipping this time around. 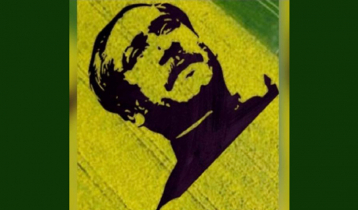 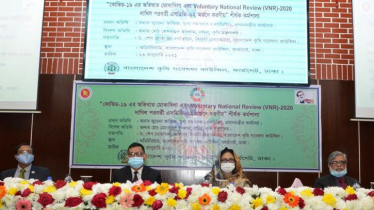