Global temperatures in 2020 among highest on record: WMO 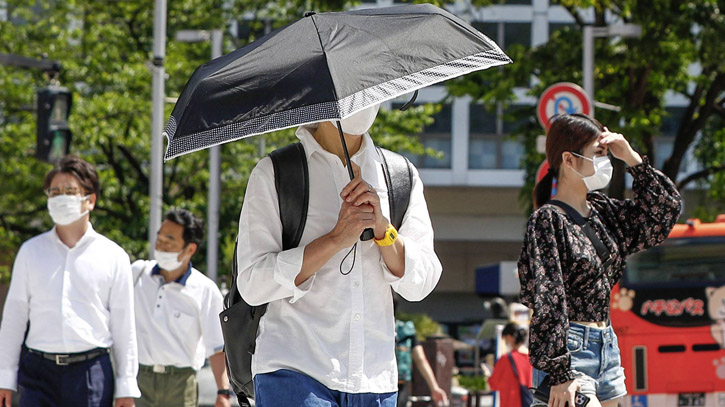 Global temperatures in 2020 were among the highest on record and rivaled 2016 as the hottest year ever, according to international data compiled by the World Meteorological Organization and released on Thursday. Reuters report.

The heat came even as a global economic slowdown from the COVID-19 pandemic cut deeply into emissions from fossil fuels, adding evidence that carbon dioxide concentrations already in the atmosphere have set the planet on a warming track.

The WMO report included data from the U.S. National Oceanic and Atmospheric Administration (NOAA) and the UK Met Office, both of which ranked 2020 as the second-warmest year on record, as a cooling trend called La Niña failed to tame global temperatures. NASA, whose data was also included, said 2020 tied with 2016 as the warmest year on record.

The news is “yet another stark reminder of the relentless pace of climate change, which is destroying lives and livelihoods across our planet,” U.N. Secretary General António Guterres said. “Making peace with nature is the defining task of the 21st century.”

All five datasets surveyed by WMO showed that 2011-2020 was the warmest decade on record, and NOAA said the seven warmest years since record-keeping began in 1880 have occurred since 2014.

There is at least a one-in-five chance that the average global temperature will temporarily exceed that limit by 2024, according to a WMO analysis, led by the UK Met Office.

Greenhouse gas emissions in the United States, the second-leading source of pollution after China, fell more than 10% last year, the largest drop in the post-World War II era, as the coronavirus crippled the economy, the Rhodium Group said this week.

The dip should not be seen as a guarantee the United States can easily meet its pledge under the Paris agreement to cut emissions by 28% by 2025. President Donald Trump pulled the United States from the accord, but President-elect Joe Biden has promised to rejoin after taking over on Jan. 20.

The WMO, a U.N. agency, relied on data from observing sites and ships and buoys from NOAA and NASA and the United Kingdom’s Met Office Hadley Centre and the University of East Anglia’s Climatic Research Unit.

It also tapped datasets from the European Centre for Medium-Range Weather Forecasts and its Copernicus Climate Change Service, and the Japan Meteorological Agency.

Morocco`s oasis and agricultural land are being lost